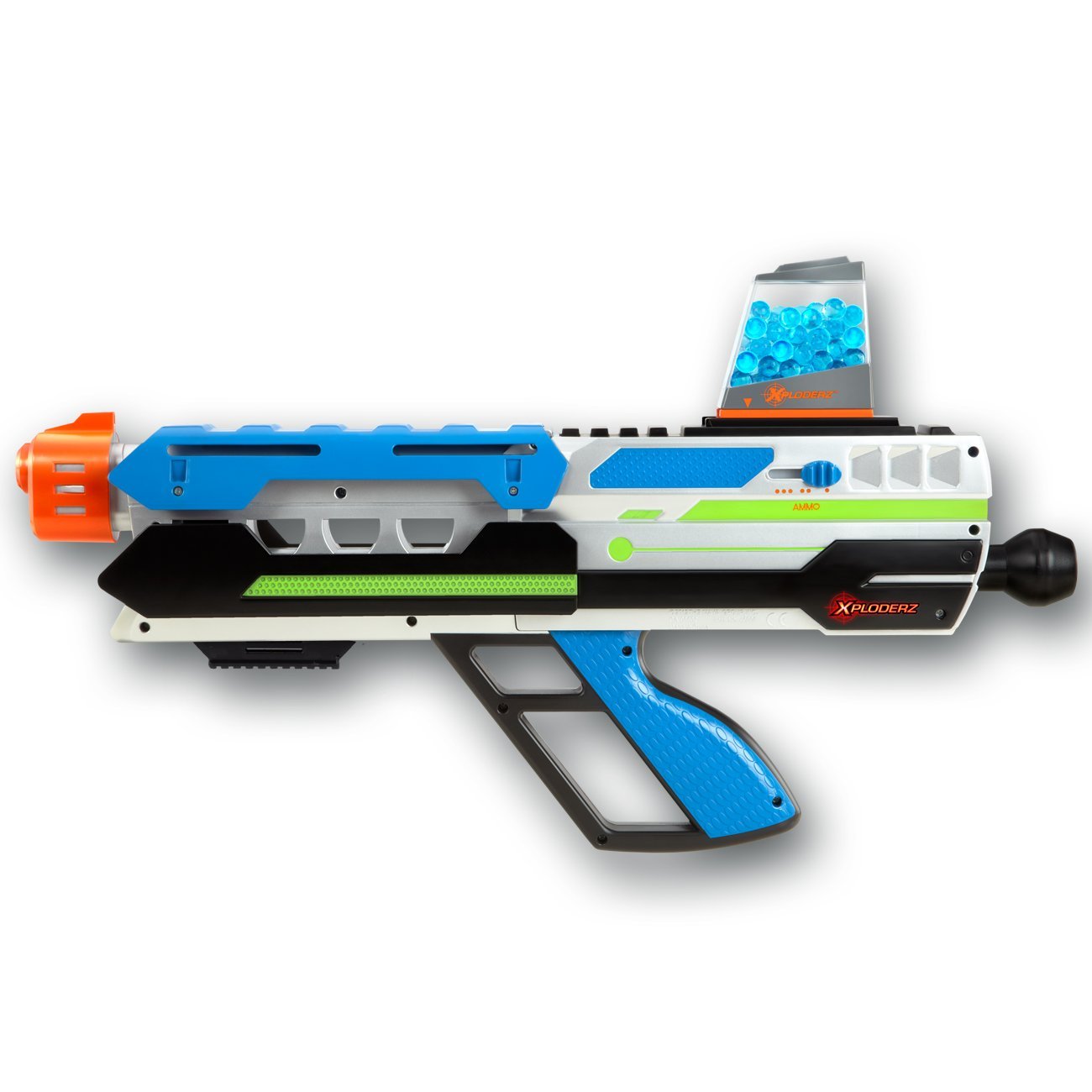 (0 reviews)
$24.97 9% Off $27.47
We offer volume pricing, email sales@builderdepot.com for a quote
The Equalizer X3 shoots over 100 feet! Super-safe, non-toxic and mess-free, this blaster's ammo clip holds 75 rounds. The ammunition is stain-free, hydration-based and explodes on contact. A total of 500 rounds of ammo is included with each item, and we will also include an extra 500 count ammo refill kit, making the total ammunition count included 1,000 rounds!

Kids will love growing their own ammunition, which starts out as hard little beads, but grows into a soft, gel capsule when water is added.

With the Equalizer X3, loading and exploding has never been easier. Just slide the ammo clip on the blaster and select how many rounds you want to fire at a time. Then, pull the power arm to auto load, and the release to fire. It's that easy!

Your kids are sure to outblast and outlast any opponent with more ammo, more distance and more power. This item is recommended for ages 8 and up. This product ships in approximately 1 days